by Vina.com Writers
in Vietnamese Food 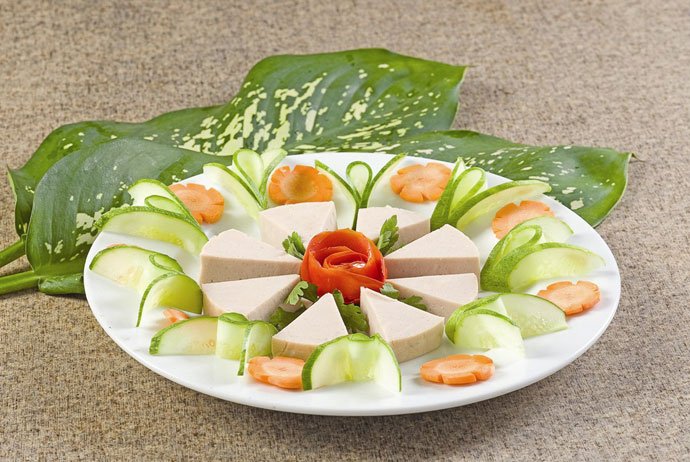 For Vietnamese people, the New Year feast from past to present must contains meat pie – one of the most delicious and indispensable Vietnamese New Year dish.

Meat pie (Gio) made from finely milled meat in a stone mortar, wrapped in banana leaves into the tube shape, then boiled, or better, steamed. Meat pie is white, presented on the plate. It must to be well-cut in order to look “neat”, nice, and easy to pick up. Gio is usually made of pork. There is also Gio Bo (beef pie) made from finely milled beef.

Meat pie made from the meat of a pig’s head is called pork head ham (Gio Thu). For making pork head ham, pig’s ears and head meat are not milled but diced, mixed with wood ear (black mushroom), fish sauce, pepper, and stir fried (fried in a pan, and stir them well on low heat). Then, wrap the pies in fresh banana leaves, tie it carefully, and boil or steam them. When the meat pies are well-cooked, take them out and then press them using 4 bamboo sticks, tie them well, and hang them above the stove. 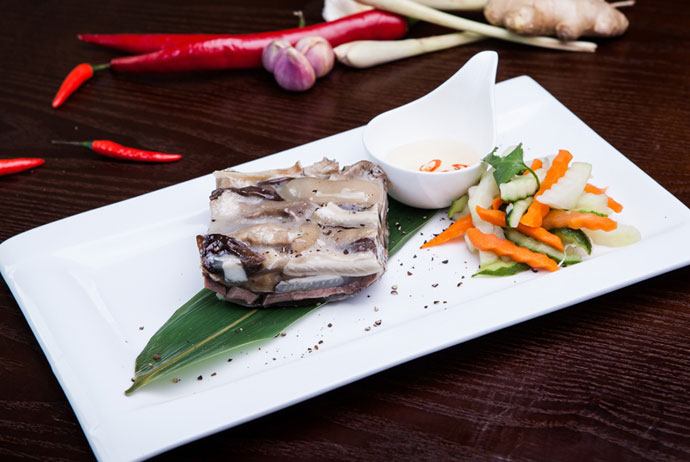 Frozen meat is a particular dish in the winter-spring period of the Northern Vietnam. In the cold weather, frozen meat becomes tastier. This dish is made from meat mixed, sometimes from chicken, plus an array of pork skin. All ingredients are well-simmered. After the ingredients are cooked, the meat pot will be taken out from the heat, covered, frozen thanks to the essence of the land, the sky, the cold wind, and the dew to become a wonderful dish. On the surface of the frozen meat pot, we can see a layer of fat in white as snow mixed with the smooth yellow as a peaceful lake. A piece of frozen meat served with a pickled onion make the true Northern Tet. 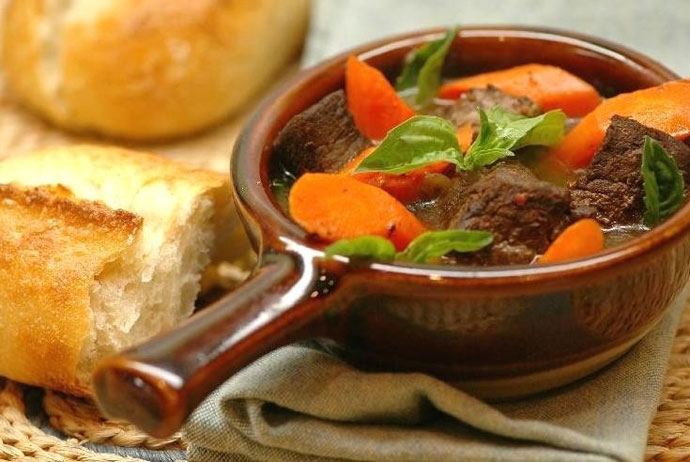 This dish is also one of the best Vietnamese New Year food dishes which are enjoyed in Northern Vietnam. Typically, this dish is prepared from the 29th to worship in the 30th noon and the first New Year days. To make this dish, we will need to choose the beef which also contains sinews. Then, marinate the beef with garlic juice, salt (or fish sauce), add some slices of lean and fat meat mixed in the middle and roll, tie it with bamboo strings and fry it before braising it in a pot.

Next, you need to put the beef in a pot with boiling water mixed with soy sauce, a little sugar, and a small piece of roasted cinnamon, cook until it becomes tender, then take it out, and let it cool. Remove the bamboo strings and cut the beef into slices. The beef slices should be soft but surely not crushed. The white color of the lard is mixed with the brown color of the beef, making the dish really eye-catching. This dish can be served with rice or Chung Cake on New Year’s days.

25+ Soup Dishes And Side Dishes For Soup - Vietnamese Soup